A Black Belt’s Guide to Self Defense Against Thieves 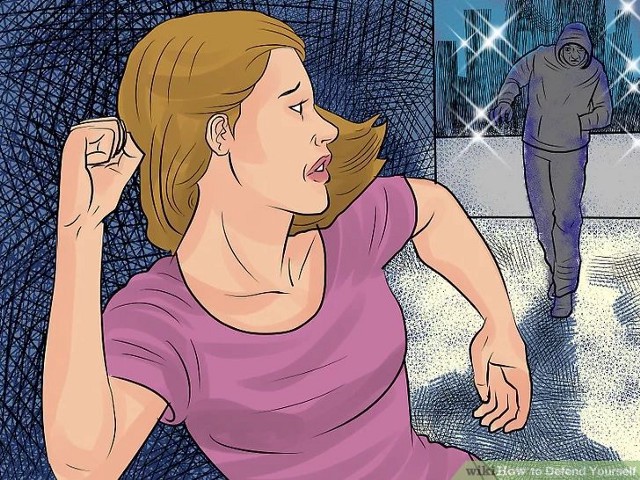 A friend of mine was mugged this past week. It was ugly. In her attempt to defend her purse from some young thieves who accosted her in the church parking lot near her suburban home as she exited choir practice, she was thrown to the ground. She got away with some sore muscles and skin abrasions. They got away with her purse.

This story makes me angry, on multiple levels. She’s my friend. I hate that she was victimized. She was at CHOIR PRACTICE for pete’s sake, not hanging out in a “dangerous” neighborhood.

But mostly, I am upset that she tried to defend her purse, and that several of her friends, though they have heard that this might not be a great idea, have chimed in on Facebook to say they would likely do the same thing.

I am upset because “stuff-defense” is a terrible idea. There is nothing you own — not your purse, not your phone, not that shopping bag with the sweet PS4 system you have worked overtime to put under the tree for that person whose eyes you want to make sparkle over the holidays — that is worth risking your health or your life for. If you are wondering about the truth of that, just imagine for a minute that somebody YOU care about got hurt trying to protect a present they got for you. Or their purse. Or their phone. Or their wallet.

I have a 4th degree black belt. I have trained for 20 years. I can defend myself pretty effectively. I teach others how to do that. I am trained in SELF-defense. I train others in self-defense, and when they get more advanced, I teach them how they can protect others, as well. I do not waste time on stuff-defense.

So let’s be clear. There is a protocol for self-defense in the case that one is approached by thieves who want your stuff.

It is with some pride that I report that when we reviewed this protocol in karate class today, and I asked “So, what if the victim is a grown man, with martial arts training? How does that change the story?” None of my students could think of how the story would change. Because it does not. Stuff-defense is a counter-productive self-defense strategy, and trained martial artists know that.

There are some self-defense principles that apply though. Because our most powerful tool for self-defense is our brain, and our ability to plan. So, as darkness falls earlier and earlier here in the Northern Hemisphere, here are some things to keep in mind:

If you are driving somewhere and parking:

If you are walking somewhere:

It pains me that all I can do in this space is build awareness…because it’s easy to forget stuff you’ve only been told or have only read about. My students (and some of their parents) spent this morning throwing shopping bags and phones and purses when large and scary people tried to take them from them, and then they practiced running back to safety. If you’d like to practice this too, I’d love to have you in class. I teach at the Smith Institute of Martial Arts. But even if you can’t take self-defense classes, please remember, even martial artists don’t do stuff-defense. You shouldn’t either.

P.S. I Googled up images of “self-defense” looking for something to illustrate this post. There are DOZENS of really stupid images of women kicking or punching men while still holding on to the damned purse. I confessed to my students this morning that I kinda wanted to get a kick off, too. But it just makes so much more sense to drop the stuff and run. Kicks and punches are great. I have spent years perfecting mine. They are for SELF-defense, not stuff-defense.

Filed Under: Self Defense
Reach Out and Touch Someone Part Two: The Bidening