Reach Out and Touch Someone? 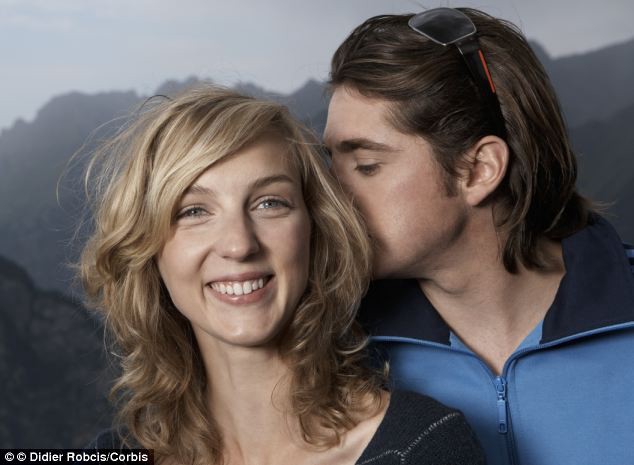 Does her smile look a little strained to you?

I hold a 5th degree black belt in USA Shuto-Kan Karate. I also do prevention education in the schools for the sexual assault center in my town.

So it’s fascinating to me to hear all the protests going up in defense of Joe Biden. Let me be clear. Anybody who comes up behind ME and grabs my shoulders and smells my hair, in any setting which is not an intimate night alone with my husband, is going to get what is by now a fairly reflexive elbow strike from me to the gut, possibly followed by a stomp on the foot. I don’t care what you did or did not mean by it, I don’t want people coming up from behind me and touching me in public, ESPECIALLY if I’m trying to prepare remarks I am to deliver in a few minutes. I’m trained to look to see what is going on with my attacker, but I might be a little distracted at that point, and if you don’t stop, I’m confident of my ability to hit you in the groin without turning around to take aim.

Apparently, I am not alone in my negative response to this kind of touch. So for anyone who is unclear (because this really feels tautological to me) unwanted touch is touch that is not desired by the recipient. The only person who can determine whether a touch is wanted or unwanted is the recipient. Unfortunately, historical experience (nobody ever elbow-struck me for this before!) is not an excellent guide to whether a particular human might welcome a particular touch at a particular time. Humans are notorious for having different moods and different preferences at different times, so even an overtly positive response to a touch offered to a human at a different time does not protect one against the possibility of the same touch from you inadvertently upsetting this same human, at this time.

You know what IS an excellent protection against this unfortunate situation? Understanding that touch is sometimes unwelcome, and ASKING before you touch. “Hey, you look really tense. would you like a shoulder rub?” opens the floor for a range of possible responses “No, thanks, you’re so kind, but I’m good.” or “Wow, that sounds great, thanks!” Note that this scenario preserves everybody’s dignity, and leaves everyone with the sense of a kindness being offered. Win-Win!

I’ve been in conversation with a number of perfectly nice men who think that this asking for consent business will lead to a colder world in which there is less touching. It’s just too awkward to ask. As if it’s NOT awkward to suffer through a too-long, too-tight hug from someone you didn’t want to touch in the first place. As if giving an unwanted hug as a sign of emotional support didn’t add to the burden of the emotionally distressed person by requiring them to tolerate undesired contact and rationalize that the hugger meant well.

They argue that women should empower themselves to say “No!” loudly and clearly when receiving unwanted touch. I don’t disagree. I spend hours teaching young children that they are the boss of their bodies. That THEY decide whether a touch feels safe or not, and that in the case that someone persists in making them uncomfortable with touch after they have said “No! I don’t like that!” they should get up, run away, and tell a grownup who can help keep them safe. It saddens me that we have to add “And if the first grownup isn’t helpful, tell another and another until somebody is willing to act to keep you safe,” but that is the reality of our culture. Not only do we not respect women and children as people deserving of bodily autonomy, but often we are loathe to upset our relationships in order to protect them.

I also spend hours at the dojo teaching adults and children to throw effective kicks and punches, and to perform a range of other self-defense techniques.

Seriously! I’m ALL about empowering that no!

But it’s clear to me that things would be better if people could learn not to behave in ways that generate that no in the first place. By teaching kids about consent, we can show them how to avoid becoming bullies and predators — and how to recognize people who are unsafe. (Pro tip — if a person, no matter how close to you and trusted they are, refuses to respect your no to their touch, they are acting unsafely, and you need to get away.) We can even remove some of the awkwardness inherent in dating. Is there a more supportive question than “Would you like a hug?” Is there a more romantic request than “May I kiss you?” By asking the question, we open the door to expressing our respect for one another and the “no’s” that we are prepared to handle gracefully, but more importantly, to a universe of wonderful YESSES. “Yes, I think that would make me feel much better, thanks” “Yes, I have been hoping all night for this!”

I am speaking of all humanity in this essay, but I do want to take a moment for the situation in which men seek to touch women. It’s highly likely that Joe Biden never before heard “no.” He’s in a position of power, and it’s likely that people did the calculation regarding the risks of putting up and shutting up vs. objecting verbally, and came down on the side of silence. Silence is not consent. It may be acquiescence to an uncomfortable situation, or to a power differential, or simply a fear of inciting male anger. We live in a culture in which women sometimes decide that unwanted sex is safer than risking making the man they are alone with angry. Even when a man does not hold great political or economic power, he’s still usually bigger and stronger than the woman he’s with. Women have learned to be on guard with men they do not know well.

“We cannot read her mind!” my men friends protest. This is absolutely true. Fortunately, we have these wonderful tools called words. You can ask. And then listen to her answer, and give that person the respect you would give any other sentient human, that she probably knows her own mind reasonably well and is telling you the truth.

That movie scene in which the man grabs a resisting woman who he kisses passionately, to find her melting into his arms and then returning the passion, is a FANTASY. It was written by guys who devoutly wish things worked that way. They do not. If she indicates that doesn’t want to kiss you now, in 2019, when people are pretty much free to kiss whomever they want whenever they want, the reality of the situation is that she does not want to kiss you now. She might not want to kiss you ever. It is neither respectful nor romantic to hound her on this point. To do so is, in fact, sexual harassment. Move on, and find someone else who will want to kiss you. If this one changes her mind, later, she knows how to let you know.

We are all humans. We all need touch to thrive. But we are not entitled to it, and it’s not ok to take it, irrespective of how much political and economic power we wield. If you’ve been living a life in which dealing with unwanted touch from others has not featured, well, that’s great. An awareness that you are in a fortunate minority is probably important to moving respectfully through the world.

In my childhood there was an ad campaign with the slogan “Reach out and touch someone!” It encouraged people to make long distance telephone calls — to, as we encourage small children, “use their words” to invest in their relationships. Words are an extremely effective way to touch each other, emotionally, and to ensure that our physical touch is sending the message we intend. And they could save you from an elbow strike, or worse!

Filed Under: Life
The Uncertain Ally
Reach Out and Touch Someone Part Two: The Bidening